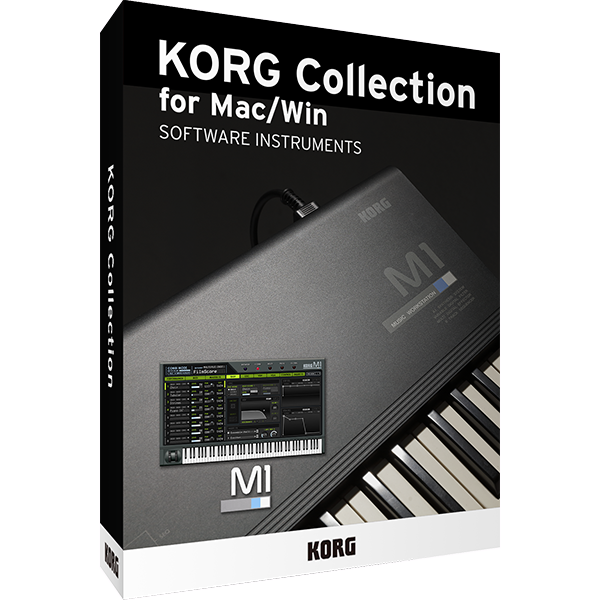 Along with its innovative "workstation" concept, the M1's "AI" (Advanced Integrated) synthesis system used PCM waveforms and digital effects to deliver fully complete program and combination sounds. As a pioneer of PCM tone generation, it was notable not just for the reality of its sound, but also for the distinctive resonance and tonal character that demonstrated the high level of Korg's voicing technology. Numerous sounds available only from the M1, most notable the famous “M1 Piano” sound, were taken up by musicians and producers around the world, and are still in use today.

The software features filter resonance, VDA modulation, and master effects that have been powered up to a total of 18 systems. It provides all of the PCM, Program, and Combination data found in the original M1 and the M1EX internal PCM expansion, plus the PCM data and Program/Combination data from all nineteen optional ROM cards.What’s more, in addition to all 19 types of the PCM ROM cards for the M1, the sound of the M1EX which was released as an expansion of the M1’s built-in PCM, as well as the sounds of the T-series, which advanced the M1. It is equipped with extensive sounds, including 33,000 preset sounds and 34 cards.

Feb 01 2020: I will log off of this site forever. On this site, I was treated disrespectfully. So I decieded to leave.
-
Support me at:
http://bit.ly/2tKkkym
-
Xaudios - Audio Hunter