The Messenger is an action-platform video game developed by Sabotage Studio and published by Devolver Digital for Microsoft Windows, Nintendo Switch, PlayStation 4 and Xbox One. 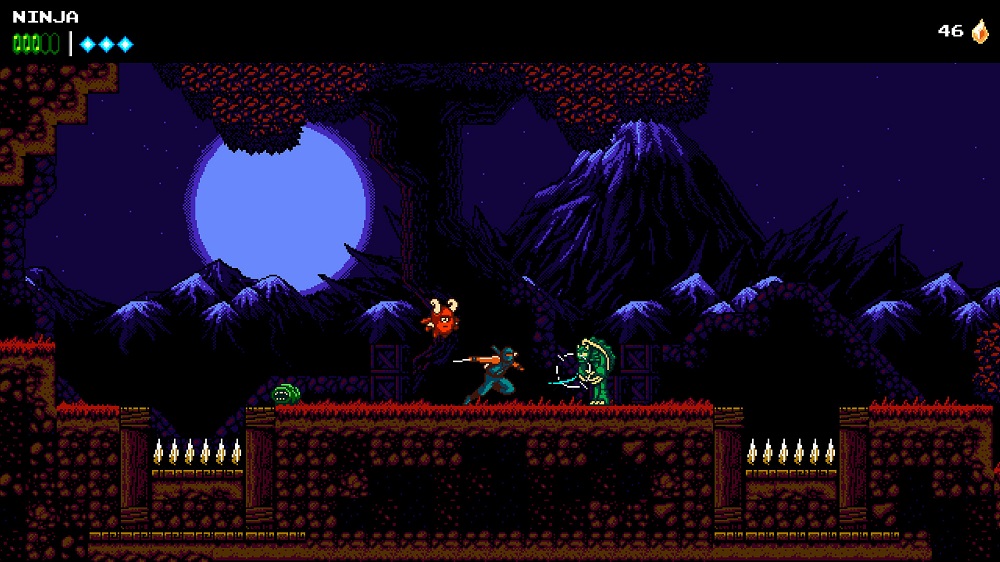 The Messenger is a side-scrolling action-platformer, inspired by the classic Ninja Gaiden series. Players control a ninja known as “The Messenger” as he goes on a quest to deliver a scroll. The Messenger initially possesses a technique called “Cloudstepping”, which allows him to perform an extra jump in mid-air after attacking an enemy, object, or projectile. As the game progresses, the Messenger gains new abilities such as climbing walls, gliding in the air, long-range shuriken attacks, and using a grappling hook to propel himself through obstacles and enemies. By collecting Time Shards earned by defeating enemies or hitting lamps, the player can purchase additional upgrades such as health bonuses or extra attack moves. If the player dies, however, a demon named Quarble will appear and automatically claim any Time Shards the player collects as payment for a short amount of time.

The game initially presents itself as a linear level-based adventure split across two eras; the past, which is presented with 8-bit graphics and audio, and the future, which uses 16-bit presentation. Later on, however, the game becomes a Metroidvania-style game, in which the player revisits past eras in any order and direction in order to find key items. In this section of the game, the player can use special warps to instantly move between the past and present, instantly changing the layout of each level and allowing them to access new areas. Hidden in some areas are green medallions, earned by completing a challenging platforming section, with a bonus unlocked for collecting all 45.